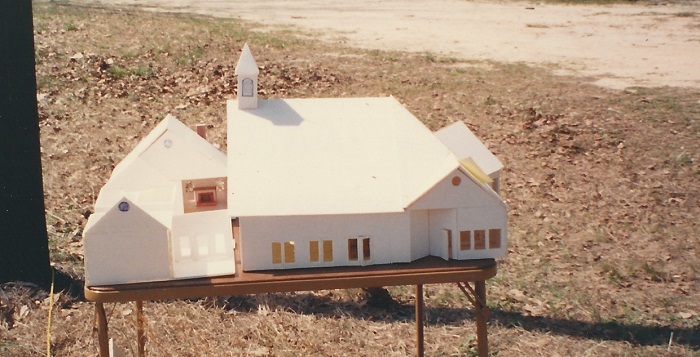 Later that year, the church was formed as the Christian Fellowship of Friends. Eventually, still in 1988, we affiliated with the United Church of Christ (UCC) expanding our opportunities for missions, fellowship, and ecumenical witness. We then adopted the name, the Congregational Church of Pinehurst.

Our Church began on Easter Day 1988, when a group of some 28 Christians from various church backgrounds began meeting together in a private home for worship, prayer and study. We used borrowed hymnals and family Bibles. We shared the view that decisions in the life of the church should be vested in the local congregation. We wanted to be led by our understanding of Christians who covenant with one another and with God as revealed in Jesus Christ and empowered by the Holy Spirit. 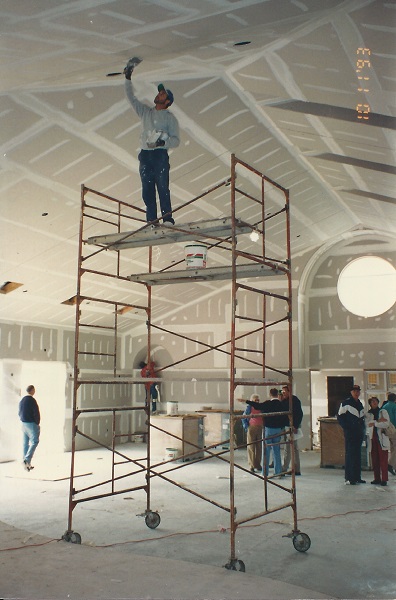 In the beginning a series of lay ministers and retired clergy led our services of worship. The Reverend William McInnis then became our pastor, in cooperation with the Community Congregational Church in Southern Pines, which he also served. He was installed in 1990.

Before building our current sanctuary, the church met in several locations. The congregation had quickly outgrown the capacity of private homes and moved its services to a community room at Quail Haven Village. When more space was needed, we moved to the Lion’s Club in Pinehurst. The dream of building our own church building was realized in 1989 when we acquired an 11-acre tract of land on Linden Road in Pinehurst and engaged an architect and builder. We celebrated Christmas Eve in our new building in 1993. In 1999, we dedicated a new wing with offices and a meeting room. We also developed a playground and the Memorial Garden to honor our beloved deceased.

Under Pastor Brent’s direction, the church steadily expanded its work for peace and justice. In 2010, Council member Tim Marony led the congregation’s initiative to partner with the “We Are Family Foundation” and became the primary funder for a new school in the African Muslim community of Tongo, Mali, Peace Village. In 2011, the church opened our facility as the gathering place for the Community of Mindful Living in the Pines, a Buddhist community rooted in the teaching of Thich Nhat Hanh, which continues to meet weekly at the church.

That same year, the Mission, Peace and Justice Committee forwarded to the Church Council its desire to move forward on an official designation as an Open and Affirming (ONA) congregation - a conversation that began as early as 2002. ONA is the UCC’s designation for congregations, campus ministries, and other bodies in the UCC which make a public covenant of welcome into their full life and ministry to persons of all sexual orientations, gender identities,and gender expressions. On September 23, 2012, church members and friends gathered to discuss pros and cons of the church declaring itself ONA, beginning a period of study and discernment. On September 8, 2013our church voted to become an ONA congregation, and continues to extend an extravagant welcome to all who cross our threshold. 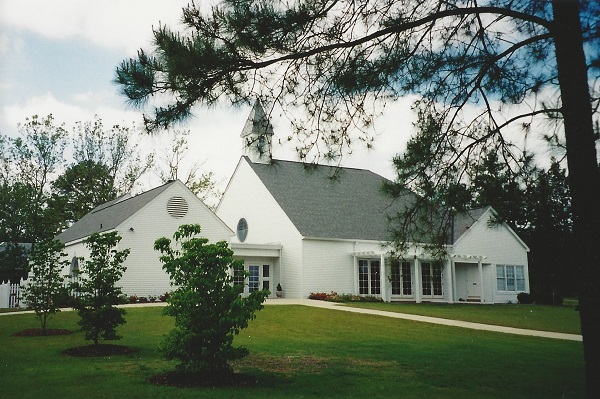 Meanwhile, the church was also exploring its responsibility as stewards for the environment. In October 2011, Tom Nutt-Powell, from the Massachusetts Interfaith Power and Light, presented a program regarding how we, as a faith community, could make changes that would have a positive effect on the environment including recommendations for lowering energy consumption and reducing pollution from the building. That generated a series of changes to the building such as increasing the insulation over the office wing, installing smart thermostats, LED bulbs, dual flush converters in each toilet in the bathrooms, and providing for recycling in the Hearth Room kitchen.

In the Spring of 2016, Pastor Brent made a decision to return to hospice chaplaincy. The Reverend Martha Nilsen, a retired minister ordained by the UCC and a church member, took on the position of interim pastor. She partnered with The Reverend Jim Luck, a part-time, NC UCC pastor and a Healthy Church consultant in the Southern Conference of the UCC, to guide the congregation through the self-assessment study, Growing Forward. Through this period of evaluation, the congregation realized it could not afford to call a full-time pastor.

During this time of transition the Pastoral Search Committee worked diligently to find a “settled” pastor. On November 5, 2017, following her candidating service, our church voted unanimously to call Terry Yasuko Ogawa as a three-quarter time pastor. Terry was approved for ordination pending call in the O‘ahu Association of the Hawai‘i Conference of the UCC where she founded a chaplaincy program with the Institute for Human Services, the largest homelessness services organization in Hawai‘i. Terry was ordained at Church of the Crossroads in Honolulu on April 15, 2018 with a number of our church members watching on live video feed. 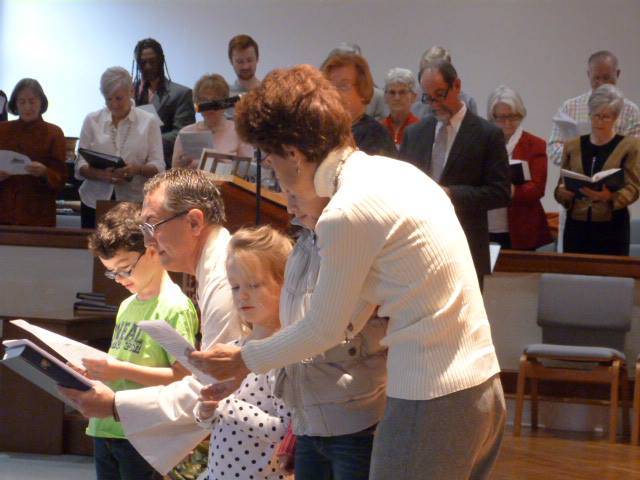 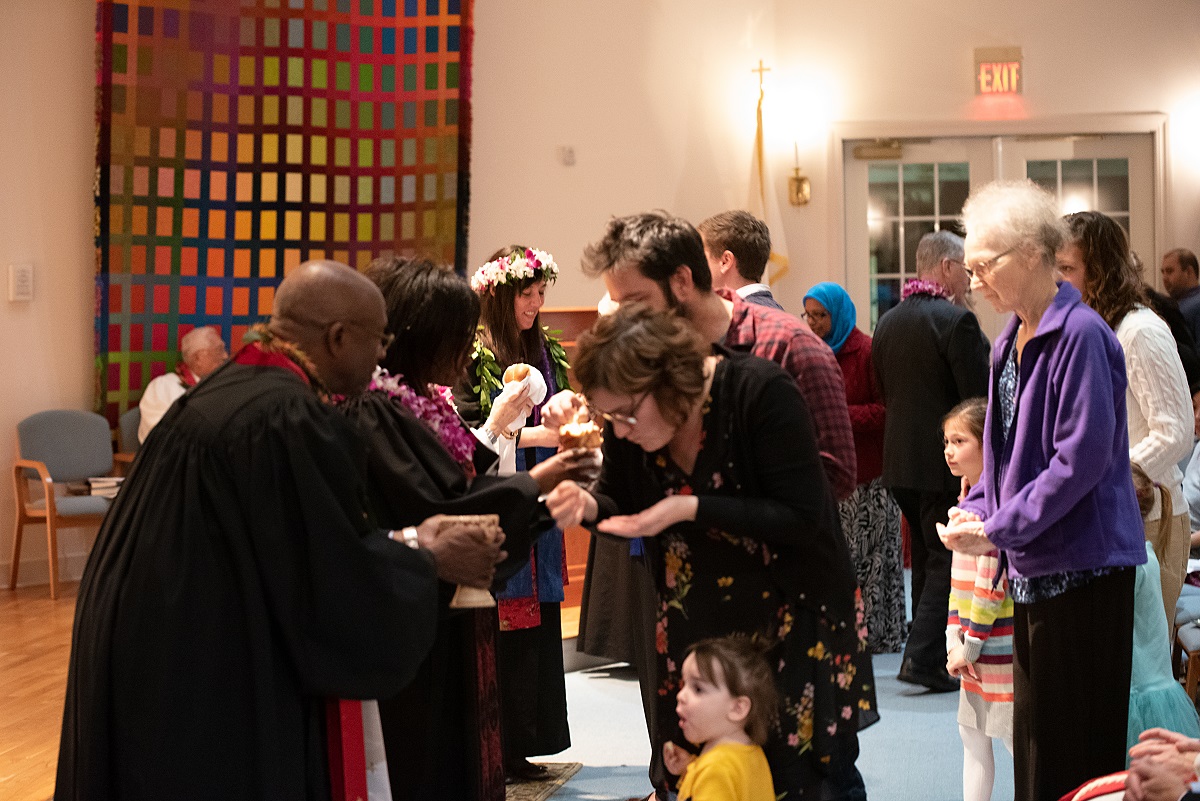 Due to Hurricane Florence in September of 2018, the date of her installation was postponed to November 11, 2018. The Installation service mirrored all that is important to CCP in relationship building and inclusion: interfaith greetings were brought from our colleagues at the UCC Southern Conference as well as the Sandhills Jewish Congregation and Masjid Al Madina mosque in Raeford. Local friends who grew up in Hawai‘i gifted lei on behalf of Sandhills Pride, one of our partner community organizations. We embodied Christ’s table open to all. And many hands helped the warmth of the church’s hospitality shine through.

From its inception, this congregation has been characterized by warm fellowship. With its growing commitment to Christian worship open to all, “no matter who they are or where they are on life’s journey,” we are renowned for a warm welcome. We have a vibrant musical program and choir led by the caring direction of Music Director Robert W. Cox and accompanied by Pianist Robert Wicker. We love to laugh together and do so over gatherings like our Easter Pancake breakfasts.

In recent years, we increased our commitment to the work of social justice by increasing our association with the NC NAACP and with Sandhills Pride, a local LGBTQ organization located in Moore County. Under Pastor Terry’s leadership we undertook a 2018 Lenten Bible Study over soup suppers on the foundations of social justice in Christian teachings. The church regularly partners with other communities of faith to build understanding and cooperation. We are committed to maintaining relationships with Masjid Al-Madina, the Muslim Association of the Carolinas located in nearby Raeford and the Sandhills Jewish Congregation in Jackson Springs. Together with these faith communities, the Buddhist Sangha, and area churches we facilitate an Annual Thanksgiving Interfaith Worship Service.

Christmas of 2018 marked the first year that our church participated in the Literacy Council’s “Christmas in the Pines” Service of Lessons and Carols. Pastor Terry joined the planning committee and the choir offered a gift of music. As we continue to open ourselves to the life of the Spirit in our midst, we anticipate an ever-deepening commitment to sharing God’s love and justice in this community and our world. 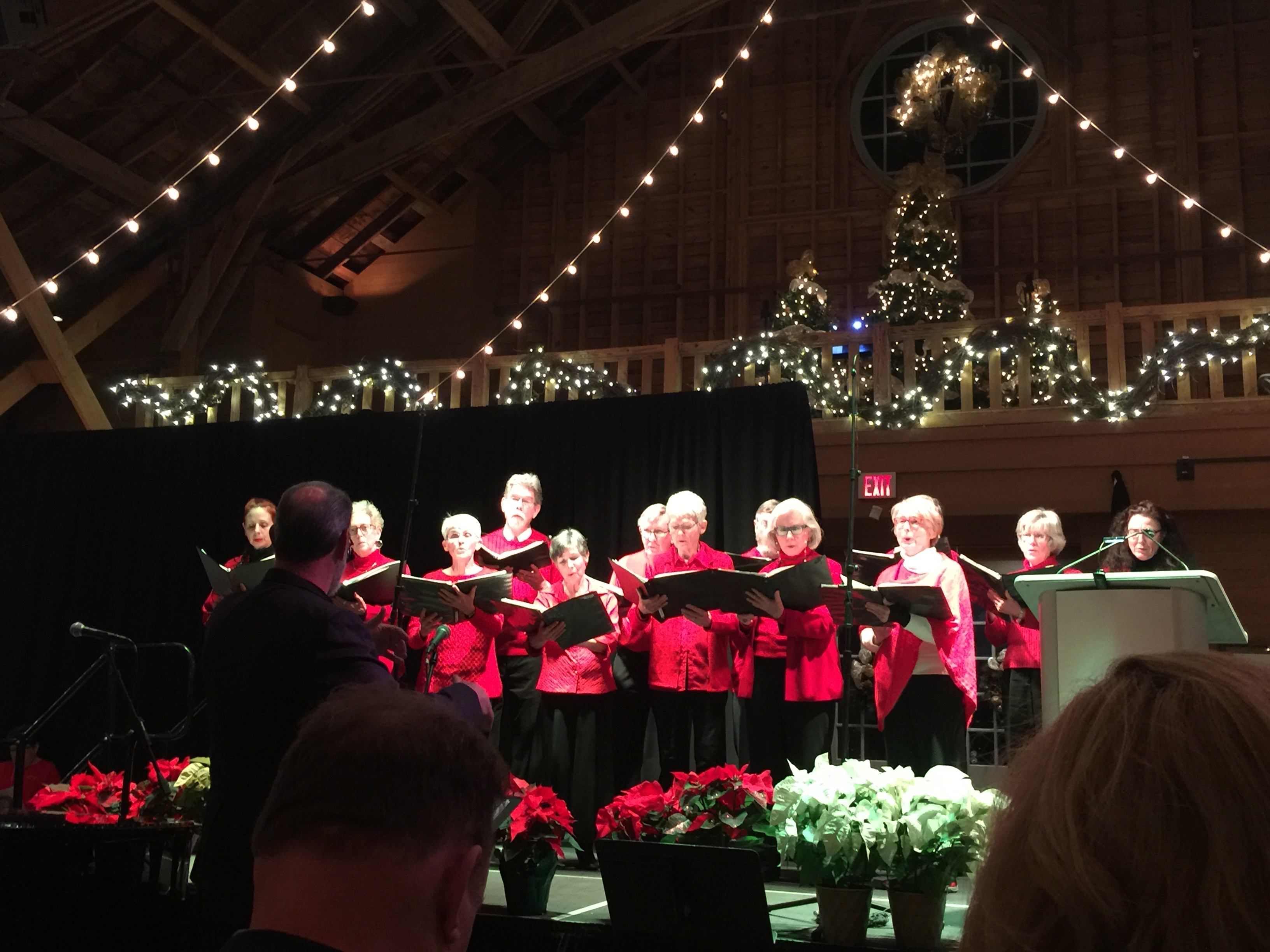